NAS Genesis 11:1 Now the whole earth used the same language and the same words. 2 And it came about as they journeyed east, that they found a plain in the and settled there. 3 And they said to one another, "Come, let us make bricks and burn them thoroughly." And they used brick for stone, and they used tar for mortar. 4 And they said, "Come, let us build for ourselves a city, and a tower whose top will reach into heaven, and let us make for ourselves a name; lest we be scattered abroad over the face of the whole earth." 5 And the LORD came down to see the city and the tower which the sons of men had built. 6 And the LORD said, "Behold, they are one people, and they all have the same language. And this is what they began to do, and now nothing which they purpose to do will be impossible for them. 7 "Come, let Us go down and there confuse their language, that they may not understand one another's speech." 8 So the LORD scattered them abroad from there over the face of the whole earth; and they stopped building the city. 9 Therefore its name was called , because there the LORD confused the language of the whole earth; and from there the LORD scattered them abroad over the face of the whole earth.

NAS Revelation 14:8 And another angel, a second one, followed, saying, "Fallen, fallen is the great, she who has made all the nations drink of the wine of the passion of her immorality."

NAS Revelation 18:23 and the light of a lamp will not shine in you any longer; and the voice of the bridegroom and bride will not be heard in you any longer; for your merchants were the great men of the earth, because all the nations were deceived by your sorcery.

Order of Deceived Nations (By Satan)

NAS 1 John 5:19 We know that we are of God, and the whole world lies in the power of the evil one.

NAS Revelation 12:9 And the great dragon was thrown down, the serpent of old who is called the devil and Satan, who deceives the whole world; he was thrown down to the earth, and his angels were thrown down with him.

NAS Revelation 16:14 for they are spirits of demons, performing signs, which go out to the kings of the whole world, to gather them together for the war of the great day of God, the Almighty.

NAS Revelation 20:3 and threw him into the abyss, and shut it and sealed it over him, so that he should not deceive the nations any longer, until the thousand years were completed; after these things he must be released for a short time.

NAS Revelation 20:8 and will come out to deceive the nations which are in the four corners of the earth, Gog and Magog, to gather them together for the war; the number of them is like the sand of the seashore.

"Ultimately, our objective is to welcome the back into the world order. Perhaps the world order of the future will truly be a family of nations." (President George Bush Texas A&M University 1989)

"We have before us the opportunity to forge for ourselves and for future generations a new world order, a world where the rule of law, not the rule of the jungle, governs the conduct of nations. When we are successful, and we will be, we have a real chance at this new world order, an order in which a credible United Nations can use its peacekeeping role to fulfill the promise and vision of the U.N.'s founders." (President George Bush 1991)

"For two centuries we've done the hard work of freedom. And tonight we lead the world in facing down a threat to decency and humanity. What is at stake is more than one small country, it is a big idea - a new world order, where diverse nations are drawn together in common cause to achieve the universal aspirations of mankind: peace and security, freedom, and the rule of law. Such is a world worthy of our struggle, and worthy of our children's future." (President George Bush State of the Union Address 1991)

"We will succeed in the Gulf. And when we do, the world community will have sent an enduring warning to any dictator or despot, present or future, who contemplates outlaw aggression. The world can therefore seize this opportunity to fulfill the long-held promise of a new world order - where brutality will go unrewarded, and aggression will meet collective resistance."  (President George Bush State of the Union Address 1991)

Yes, there have been differences between and . No doubt, there will be differences in the future. But the burdens of global citizenship continue to bind us together. A change of leadership in will not lift this burden. In this new century, Americans and Europeans alike will be required to do more – not less. Partnership and cooperation among nations is not a choice; it is the one way, the only way, to protect our common security and advance our common humanity. That is why the greatest danger of all is to allow new walls to divide us from one another. The walls between old allies on either side of the cannot stand.  The walls between the countries with the most and those with the least cannot stand.  The walls between races and tribes; natives and immigrants; Christian and Muslim and Jew cannot stand.  These now are the walls we must tear down. (Barak Obama, speech in Berlin 2008)

"...This regionalization is in keeping with the Tri-Lateral Plan which calls for a gradual convergence of East and West, ultimately leading toward the goal of "one world government'....National sovereignty is no longer a viable concept..." (Zbigniew Brzezinski, National Security Advisor to President Jimmy Carter.) 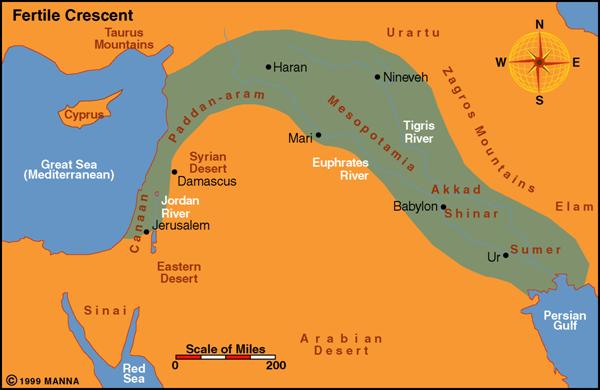